The 8th National Nutrition Survey (NNS) data collected by the Food and Nutrition Research Institute, Department of Science and Technology (FNRI-DOST) was used in the study. There were 13,423 young children and 16,398 schoolchildren participants for anthropometry component. The World Health Organization Child Growth Standards (WHO-CGS) was used to assess the nutritional status of the young children while the WHO Growth Reference 2007 was used for schoolchildren. Occupational groups were categorized based on the 1992 Philippine Standard Occupational Classification (PSOC). Descriptive statistics were used for the profiling of the different variables while bivariate analysis, logistic regression and odds ratios were used to correlate the different variables to the nutrition status of the children. Data were analyzed using Stata 12.0. 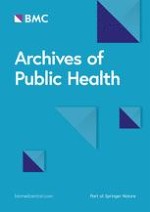 A comparative analysis of socioeconomic inequities in stunting: a case of three middle-income African countries