Reduced presynaptic dopaminergic activity plays an important role in the development of levodopa-induced dyskinesia (LID) in Parkinson’s disease (PD). In this study, we investigated whether dopaminergic function in the nigrostriatal system is associated with the timing of LID onset.

From among 412 drug-naive PD patients who underwent a dopamine transporter (DAT) PET scan during their baseline evaluation, we enrolled 65 patients who developed LID during a follow-up period of >2 years. Based on the time from PD onset, LID was classified as early, intermediate or late onset. We then compared DAT availability in the striatal subregions of the patients in the three groups.

This study demonstrated that low DAT activity in the posterior putamen at baseline is a major risk factor for the early onset of LID in patients with PD, suggesting that the degree of presynaptic dopaminergic denervation plays an important role in determining the timing of LID onset. 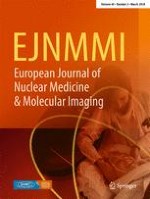