This study aimed to evaluate color longevity after 2 years of whitening gel (6% hydrogen peroxide (HP), blue LED/infrared laser activation system) in comparison to a control 35% concentration in a split-mouth study and investigate the long-term effect on quality of life (QOL).Thirty-one patients were treated. Whitening using 6% or 35% HP gel was performed on half of the upper jaw in each patient. The color was measured at baseline and 1 week, 1 month, 1 and 2 years after treatment using the Easyshade Vita spectrophotometer and the Vita Bleached and Vita Classical Shade Guides organized by value. During 2 years of follow-up, color was evaluated before and after dental prophylaxis. Oral Health of Impact Profile (OHIP 14) and Psychosocial Impact Dental Aesthetics Questionnaire (PIDAQ) surveys measured QOL. Nineteen patients were evaluated at the 2-year follow-up. Significant differences in ΔE were measured between the two groups at all time points (p < 0.05). No significant differences in ΔSGU were observed at any time point (p > 0.05). The positive effect of bleaching on QOL was maintained in patients treated with a low concentration of the whitening gel. The two compounds remained effective after 2 years. An objective color difference was found between the groups, but no difference was observed in subjective reports. The positive effect on QOL remained after 2 years of follow-up in this cohort of patients.
ClinicalTrials.gov identifier NCT02353611. 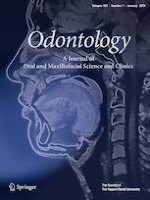