Alien limb refers to movements that seem purposeful but are independent of patients’ reported intentions. Alien limb often co-occurs with apraxia in the corticobasal syndrome, and anatomical and phenomenological comparisons have led to the suggestion that alien limb and apraxia may be causally related as failures of goal-directed movements. Here, we characterised the nature of alien limb symptoms in patients with the corticobasal syndrome (n = 30) and their relationship to limb apraxia. Twenty-five patients with progressive supranuclear palsy Richardson syndrome served as a disease control group. Structured examinations of praxis, motor function, cognition and alien limb were undertaken in patients attending a regional specialist clinic. Twenty-eight patients with corticobasal syndrome (93%) demonstrated significant apraxia and this was often asymmetrical, with the left hand preferentially affected in 23/30 (77%) patients. Moreover, 25/30 (83%) patients reported one or more symptoms consistent with alien limb. The range of these phenomena was broad, including changes in the sense of ownership and control as well as unwanted movements. Regression analyses showed no significant association between the severity of limb apraxia and either the occurrence of an alien limb or the number of alien limb phenomena reported. Bayesian estimation showed a low probability for a positive association between alien limb and apraxia, suggesting that alien limb phenomena are not likely to be related to severity apraxia. Our results shed light on the phenomenology of these disabling and as yet untreatable clinical features, with relevance to theoretical models of voluntary action. 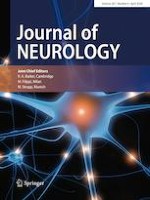 Effectiveness, retention, and safety of modified ketogenic diet in adults with epilepsy at a tertiary-care centre in the UK

The neurological update: therapies for cerebellar ataxias in 2020