About 50 % of Thai patients with adult-onset spinocerebellar ataxia (SCA) was Machado-Joseph disease (MJD), SCA1, SCA2 and SCA6. The author investigated further on less common SCAs in the patients without any known mutations.

Eight patients carried ≥42 CAG/CAA repeat allele in the TBP consistent with SCA17. The pathological repeat alleles ranged from 42 to 57 repeats. All patients had significant degree of cognitive dysfunction. Other non-ataxic phenotypes comprised of parkinsonism, chorea, dystonia and myoclonus. A sporadic patient carried a heterozygous 41-repeat allele developed chronic progressive cerebellar degeneration commenced at the age of 28 years. Whilst, 2 % of the control subjects (8/374) carried the 41-repeat allele. Five of the carriers were re-examined, and revealed that four of them had parkinsonism and/or cognitive impairment without cerebellar signs. Analysis of other types of SCAs was all negative. 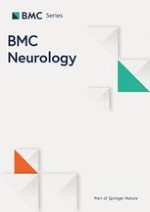 Structural connectivity in a paediatric case of anarchic hand syndrome

A cross sectional study of upper extremity strength ten days after a stroke; relationship between patient-reported and objective measures