The online version of this article (https://​doi.​org/​10.​1007/​s00259-019-04454-w) contains supplementary material, which is available to authorized users.
This article is part of the Topical Collection on Cardiology

The contribution of inflammation to the incidence of cardiovascular disease (CVD) has been increasingly recognized in recent years. We investigated the relationship of aortic vascular uptake of 18F-FDG by PET/CT and aortic wall thickness (AWT) by MRI in psoriasis, a chronic inflammatory disease with increased incidence of CVD. One hundred sixty-five patients with plaque psoriasis participated in an ongoing longitudinal cohort study. Subclinical atherosclerosis was assessed as aortic uptake of 18F-FDG by PET/CT reported as target-to-background ratio (TBR) and AWT by MRI reported as maximal thickness.

Patients with psoriasis were middle aged, predominantly male, and had mild CV risk by traditional risk factors. Psoriasis severity as measured by PASI score was a notable determinant of AWT (ρ = 0.20, p = 0.01). Moreover, aortic vascular uptake of 18F-FDG associated with AWT by MRI at baseline in unadjusted analysis (β = 0.27 p = 0.001) and following adjustment for traditional cardiovascular risk factors, waist-to-hip ratio, and statin use (β = 0.21 p = 0.01). Finally, following 1 year of psoriasis treatment, a decrease in aortic vascular uptake of 18F-FDG was associated with a reduction in AWT in fully adjusted models (β = 0.33, p = 0.02). 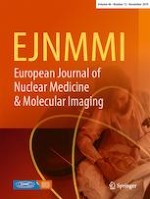 Use of anti-thyroid drugs in patients with hyperthyroidism: a case for shared decision-making