Adherence to evidence-based recommendations is variable and generally low. This is also followed in colorectal surgery, despite the availability of the ERAS® protocol. The aim of the study was to evaluate the effect of implementing a care pathway for perioperative care in colorectal cancer surgery on outcomes and protocol adherence. So, we performed an international pre-test–post-test multicenter study, performed in ten hospitals in four European countries. The measures used included length of stay, morbidity and mortality, and documentation and adherence on intervention and patient level. Unadjusted pre-test–post-test differences were analyzed following an analysis adjusted for patient-mix variables. Importance–performance analysis was used to map the relationship between importance and performance of individual interventions. In total, 381 patients were included. Length of stay decreased from 12.6 to 10.7 days (p = 0.0230). Time to normal diet and walking also decreased significantly. Protocol adherence improved from 56 to 62% (p < 0.00001). Adherence to individual interventions remained highly variable. Importance–performance analysis showed 30 interventions were scored as important, of which 19 had an adherence < 70%, showing priorities for improvement. Across hospitals, change in protocol adherence ranged from a 13% decrease to a 22% increase. Implementing a care pathway for colorectal cancer surgery reduced length of stay, time to normal diet and walking. Documentation and protocol adherence improved after implementing the care pathway. However, not in all participating hospitals protocol adherence improved. Only in 25% of patients, protocol adherence of ≥ 70% was achieved, suggesting a large group is at risk for underuse. Importance–performance analysis showed which interventions are important, but have low adherence, prioritizing improvement efforts. 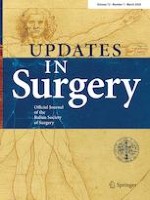