Episode-based payment (EBP) is gaining traction among payers as an alternative to fee-for-service reimbursement. However, there is concern that EBP could influence the number of episodes.

To examine how procedure volume changed after the introduction of EBP in 2013 and 2014 under the Arkansas Health Care Payment Improvement Initiative.

Using 2011–2016 commercial claims data, we estimate a difference-in-differences model to assess the impact of EBP on the probability of a beneficiary having an episode for four procedures that were reimbursed under EBP in Arkansas: total joint replacement, cholecystectomy, colonoscopy, and tonsillectomy.

For a given procedure type, the primary outcomes are the annual rate of procedures (number of procedures per 1000 beneficiaries) and the probability of a beneficiary undergoing that procedure in a given quarter.

We do not find clear evidence of deleterious volume expansion. However, because the impact of EBP on procedure volume may vary by procedure, payers planning to implement EBP models should be aware of this possibility. 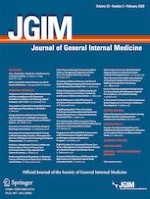 Capsule Commentary on Chen et al., “Impact of an Episode-Based Payment Initiative by Commercial Payers in Arkansas on Procedure Volume: an Observational Study”

Who Becomes a High Utilizer? A Case-Control Study of Older Adults in the USA

Assessing Barriers to Medication Adherence Among Latinos with Diabetes: a Cross-sectional Study

Treatment of Clostridioides difficile Infection and Non-compliance with Treatment Guidelines in Adults in 10 US Geographical Locations, 2013–2015