Hypercholesterolemia is a well-known risk factor for developing atherosclerosis and subsequently for the risk of a myocardial infarction (MI). Moreover, it might also be related to the extent of damaged myocardium in the event of a MI. The aim of this study was to evaluate the association of baseline low density lipoprotein-cholesterol (LDL-c) level with infarct size in patients with ST-segment elevation myocardial infarction (STEMI) after primary percutaneously coronary intervention (pPCI).

Baseline blood samples were obtained from all patients admitted between 2004 and 2014 with STEMI who underwent pPCI. Patients were excluded in case of out of hospital cardiac arrest, treatment delay of at least 10 h or no complete reperfusion after pPCI in the culprit vessel. Peak creatine kinase (CK) level was used for infarct size estimation, defined as the maximal value during admission. 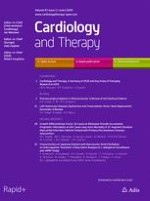 Pharmacological Options in Atherosclerosis: A Review of the Existing Evidence

Characteristics of Japanese Patients with Nonvalvular Atrial Fibrillation on Anticoagulant Treatment: A Descriptive Analysis of J-dabigatran Surveillance and JAPAF Study