The population of older individuals with rheumatoid arthritis (RA) is rapidly expanding, mainly due to increased life expectancy. While targeted biological therapies are well established for the treatment of this disease, their use may be lower in older patients (age > 65 years) and very old patients (age > 75 years) as a result of perceived higher risks for adverse events in this population, taking into account comorbidity, polypharmacy, and frailty. In this review, we discuss the available evidence for the use of biological therapies in this growing patient group with specific attention towards the eventual reasons for biological treatment failure or withdrawal. The majority of data is found in secondary analyses of clinical trials and in retrospective cohorts. The most information available is on tumor necrosis factor (TNF) blockers. Older patients seem to have a less robust response to anti-TNF agents than a younger population, but drug survival as a proxy for efficacy does not seem to be influenced by age. Despite an overall rate of adverse effects comparable to that in younger patients, older RA patients are at higher risk of serious infections. Other biologics appear to have an efficacy similar to anti-TNF agents, also in older RA patients. Again, the drug survival rates for tocilizumab, rituximab, and abatacept resemble those in young RA patients with good general tolerability and safety profiles. The cardiovascular risk and the risk of cancer, increased in RA patients and in the older RA patients, do not appear to be strongly influenced by biologicals. 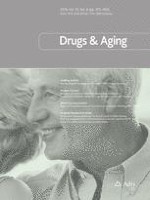