One of the major causes of cancer death internationally and the third most prevalent cancer in the world has been diagnosed with colorectal cancer. Although current routine treatments of cancer have been successful in some extent, mortality caused by adverse effects of these strategies is still raising. Medicinal plants are potential sources of anticancer compounds and can be exploited as a powerful complementary tool. This study aimed to investigate the cytotoxic effects of nettle extract on mouse colorectal cancer cells, HCT.

In the present study, to evaluate the cytotoxicity of nettle extract, MTT assay and trypan blue were performed. Subsequently, DNA fragmentation and TUNEL test was carried out for determination of apoptosis. Real-time PCR test was used to quantify the expression of Caspase-3, Caspase-9, and Bcl-2 which is involved in apoptosis regulation. Finally, cell cycle analysis was conducted by using flow cytometry.

The results of MTT assay showed that the dichloromethane extract of U. dioica extract significantly destroyed cancer cells HCT-116. DNA fragmentation and TUNEL test demonstrated that Utrica extract elicited apoptotic response in the cancer cells. The messenger RNA (mRNA) expression levels of Caspase-3 and Caspase-9 markedly increased, while the Bcl-2 gene was conversely downregulated. Findings of flow cytometry confirmed that cell cycle arrest has occurred at the G2 phase.

Taken together, our experiment showed that subjecting HCT-116 cells to dichloromethane extract of nettle (U. dioica), increases turnover of these cells. Thus, it may be a useful agent in the treatment of colorectal cancer. 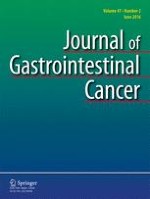 Liquid Biopsy and its Potential for Management of Hepatocellular Carcinoma