Severe aortic stenosis (AS) is considered as an independent risk factor for perioperative cardiac complications of non-cardiac surgery. Surgical aortic valve replacement should be considered before non-cardiac surgery in patients with symptomatic severe AS. However, recently, transcatheter aortic valve replacement (TAVR) has emerged as an alternative approach for selected AS patients. We sought to determine the safety and efficacy of TAVR in preparation for major non-cardiac surgery. From our retrospective database, seven patients who underwent TAVR in preparation for major non-cardiac surgery were identified, and their clinical and hemodynamic data were collected. After TAVR, a significant reduction in the mean transaortic pressure gradient from 54.0 (Interquartile range (IQR) 47.5–64.5) to 18.0 (IQR 12.5–19.0) mmHg (p = 0.016) and an increase in the calculated aortic valve area from 0.6 (IQR 0.6–0.7) to 1.3 (IQR 1.1–1.5) cm2 (p = 0.022) were noted. Non-cardiac surgery included lung segmentectomy and lymph node dissection, lung lobectomy, ileocecal resection, partial colectomy, partial nephrectomy, nephroureterectomy, laparoscopic nephrectomy, and laparoscopic nephroureterectomy. All the initial non-cardiac surgeries were performed without cardiac complications, under general anesthesia, 37 (IQR 32–74) days after TAVR. Two of the patients eventually needed additional non-cardiac surgery, which was performed uneventfully without the need for additional AS treatment. TAVR was an effective and safe procedure that might reduce the risk of general anesthesia and major non-cardiac surgery in severe AS. 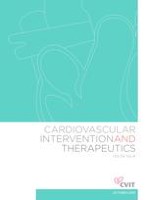