Adrenal cortical carcinoma (ACC) may have tumor or patient characteristics at presentation that argue against immediate surgery because of an unacceptable risk of morbidity/mortality, incomplete resection, or recurrence. This clinical stage can be characterized as borderline resectable ACC (BRACC). At present, systemic therapies in ACC can reduce tumor burden in some patients, creating an opportunity in BRACC for a strategy of preoperative chemotherapy (ctx) followed by surgery.

A single-institution retrospective review was conducted of all patients considered for surgery for primary ACC. Patients with BRACC treated with preoperative ctx were categorized as follows: group A, imaging suggesting a need for multiorgan/vascular resection; group B, imaging suggesting potentially resectable oligometastases; and group C, patients having marginal performance status/comorbidities precluding immediate surgery. Both the disease-free survival (DFS) and the overall survival (OS) were compared in BRACC patients treated with preoperative ctx+surgery and those who had upfront surgery.

The favorable outcome of patients with BRACC, despite more advanced stage of disease compared to those treated with surgery first, together with uncommon disease progression, suggests a benefit of neoadjuvant treatment sequencing in patients with BRACC. 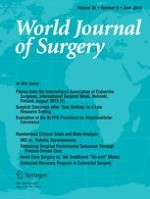 Development of a Composite Endpoint for Randomized Controlled Trials in Pancreaticoduodenectomy