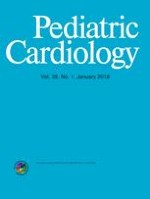 Hypertension in Coarctation of the Aorta: Challenges in Diagnosis in Children