Previous case series report that neuroendocrine tumors (NETs) of the ampulla of Vater have worse overall survival (OS) than NETs in the duodenum. We aimed to compare the OS of patients with ampullary NETs to patients with duodenal NETs.

While ampullary NETs are more advanced at presentation and have worse OS than duodenal NETs, long-term survival is possible with proximal small bowel NETs. For locally resected NETs, OS is similar between ampullary and duodenal NETs. 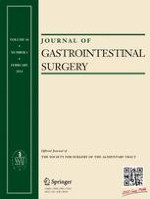 Application of a Penrose Drain Guide for Vascular Stapling During Hepatic Surgery: How I Do It