To evaluate the effects of intravenous tranexamic acid (TA) and sublingual misoprostol on reducing bleeding after cesarean section.

One hundred and fifty-eight participants with term pregnancies scheduled for cesarean section were randomly divided into two groups. In M group, two sublingual misoprostol pills (400 mg) were administrated, immediately after the delivery. In TA group, ten minutes before skin incision, TA ampoule (1 g) was injected. In both groups, immediately after the delivery, 20 units of oxytocin in 1 L ringer lactate with speed of 1000 CC/h was injected. At the end of the operation, the amount of bleeding was measured based on the number of small and large gauzes, the blood in the suction container and the difference of patient’s hemoglobin before and 24 h after surgery. 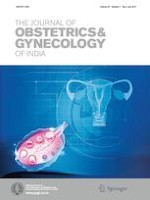