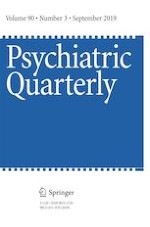 Quality of Life in Schizophrenia: A Meta-Analysis of Comparative Studies

The Optimal Length of Hospitalization for Functional Recovery of Schizophrenia Patients, a Real-World Study in Chinese People

Emotional Recognition in Schizophrenia: An Analysis of Response Components in Middle-Aged Adults