To our knowledge, the fluoroscopic practice patterns of pregnant diagnostic radiologists have not been documented.

To describe the fluoroscopic practice patterns during pregnancy among members of the Society for Pediatric Radiology (SPR) and potential impact on career and professional relationships.

After approval from the SPR, we sent all 1,847 SPR members an email link to an anonymous online survey that queried how pregnancy affects a practicing radiologist who performs fluoroscopy.

Of the 398 responses (65% female, 35% male), most female respondents (78%) reported having been pregnant while practicing radiology and the majority (85%) performed fluoroscopy during pregnancy. Most performed fluoroscopy during all three trimesters (first 78%, second 90%, third 87%) and the majority (81%) used double-lead. Forty-six percent indicated that their fluoroscopic responsibilities during pregnancy were stressful. Of those who opted to perform fewer fluoroscopy studies, 20% indicated that it impacted negatively on their career or professional relationships. After witnessing a pregnant co-worker perform fewer fluoroscopic studies, 11% (4% male; 16% female; P<0.05) of respondents observed a subsequent negative impact on the co-worker’s career or professional relationships. 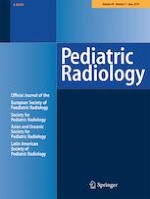