There is limited data describing endothelial cell (EC) gene expression between aneurysms and arteries partly because of risks associated with surgical tissue collection. Endovascular biopsy (EB) is a lower risk alternative to conventional surgical methods, though no such efforts have been attempted for aneurysms. We sought (1) to establish the feasibility of EB to isolate viable ECs by fluorescence-activated cell sorting (FACS), (2) to characterize the differences in gene expression by anatomic location and rupture status using single-cell qPCR, and (3) to demonstrate the utility of unsupervised clustering algorithms to identify cell subpopulations. EB was performed in 10 patients (5 ruptured, 5 non-ruptured). FACS was used to isolate the ECs and single-cell qPCR was used to quantify the expression of 48 genes. Linear mixed models and exploratory multilevel component analysis (MCA) and self-organizing maps (SOMs) were performed to identify possible subpopulations of cells. ECs were collected from all aneurysms and there were no adverse events. A total of 437 ECs was collected, 94 (22%) of which were aneurysmal cells and 319 (73%) demonstrated EC-specific gene expression. Ruptured aneurysm cells, relative controls, yielded a median p value of 0.40 with five genes (10%) with p values < 0.05. The five genes (TIE1, ENG, VEGFA, MMP2, and VWF) demonstrated uniformly reduced expression relative the remaining ECs. MCA and SOM analyses identified a population of outlying cells characterized by cell marker gene expression profiles different from endothelial cells. After removal of these cells, no cell clustering based on genetic co-expressivity was found to differentiate aneurysm cells from control cells. Endovascular sampling is a reliable method for cell collection for brain aneurysm gene analysis and may serve as a technique to further vascular molecular research. There is utility in combining mixed and clustering methods, despite no specific subpopulation identified in this trial. 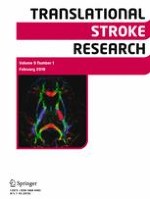