[F18] FDG-PET/CT for manual or semiautomated GTV delineation of the primary tumor for radiation therapy planning in patients with esophageal cancer: is it useful? | springermedizin.de Skip to main content
TOOLBAR 1 2 3 4
SUCHE MENÜ 1 2 3 4

Radiation therapy is a cornerstone of the multimodality treatment of locally advanced esophageal cancer [ 1, 2], either as definitive chemoradiotherapy (CRT) or as preoperative CRT based on randomized controlled trials [ 3, 4]. While dose and fractionation concepts have remained relatively constant, a considerable shift towards smaller target volumes resulting in less toxicities has taken place over the past decades. For example, the landmark trial RTOG 85–11, which established concurrent CRT as the standard of care for inoperable locally advanced esophageal cancer in the early 90s, had used generous margins for elective nodal irradiation as well as for a tumor bed boost [ 3]. In contrast, the CROSS trial establishing the role of neoadjuvant CRT more than a decade later introduced much smaller margins including the GTV without any elective nodal irradiation [ 4]. Similar (smaller) approaches have been proposed recently by the Expert Consensus Contouring guidelines by Wu et al. [ 5]. Therefore, accurate delineation of gross tumor volume becomes more crucial, especially when combined with the steep dose gradients achieved by modern radiation techniques like intensity-modulated radiation therapy.
CT-based target delineation still represents the standard of care for radiation therapy treatment planning of esophageal cancer patients, although precise definition of the exact tumor boundaries can be difficult, especially in the cranio-caudal direction but also towards directly adjacent mediastinal structures. PET/CT offers some general advantages compared to CT as it adds metabolic to anatomic information, thus enabling a more precise differentiation between vital tumor volume and surrounding structures. Therefore, it has been extensively used in diagnosis, staging, and response assessment of cancer patients [ 6‐ 8]. For radiation therapy planning, PET/CT seems particularly interesting if performed in the treatment position and has been shown to impact target volumes, for example, in lung cancer, head and neck cancer, prostate cancer, and brain tumors [ 9‐ 12]. While the role of PET/CT in assessment of lymph node involvement of esophageal cancer is well established [ 13, 14], its role in target delineation of the primary tumor is more controversial. Several studies have reported conflicting results [ 6, 15‐ 20], which may have been affected by small sample sizes and different methods of PET/CT-based contouring. While most studies used visual interpretation of PET/CT images, others promoted either fixed absolute SUV thresholds, like SUV2.5 or percentages of SUVmax such as SUV20, with varying results [ 15, 16, 21]. Recently, our group reported even more complex background- and metabolically corrected values such as the PERCIST-TLG algorithm as most promising in a study including solid tumors of different origin [ 10].
Anzeige
Therefore, the purpose of the current study was to evaluate the value of additional PET/CT information on target delineation of gross tumor volume of the primary tumor in esophageal cancer patients in a larger patient cohort. The first part was designed to answer the question of whether the addition of visually interpreted PET/CT information to the standard CT-based planning approach can result in reduced interobserver variability for manual GTV definition taken as a surrogate for more accurate delineation. The second part should answer the question of whether semiautomatic delineation methods may help in the harmonization of GTV delineation, and which particular method should be preferred.

We retrospectively identified 57 consecutive patients who had been treated with neoadjuvant or definitive radiation therapy for non-metastatic esophageal cancer at our department with a dedicated PET/CT for treatment planning available from 6/2011 to 3/2016. Of these patients, 12 had to be excluded from the analysis, 6 for low [F18] FDG activity (maximum standardized uptake value, SUV max, <4), 2 scans showed artifacts from metallic material in the region of the tumor, and in 4 patients the software was unable to generate a semiautomated structure set. Therefore, 45 patients were included in the current study.

Primary tumor delineation was performed by three independent experienced radiation oncologists without prior knowledge of the images or the clinically used target volumes both on PET/CT and CT only. Scans were blinded; only baseline clinical information including TNM stage and tumor extent derived by endoscopy was provided. The radiation oncologists were asked to define the GTV of the primary tumor and include affected lymph nodes only if directly adjacent to the main tumor, since these lymph nodes would also be included in the semiautomatically delineated GTVs. No delineation of nodal volumes (except the above mentioned) or clinical target volumes was performed. GTV of the primary tumor was defined for all studies by each radiation oncologist first on CT scans only (GTV CT). To avoid bias in contouring of the PET/CT-based GTV, definition of the respective GTVs on CT including the PET information (GTV PET/CT) was done with delay and in random order (Fig.  1). For the manually delineated GTV PET/CT, no fixed SUV threshold was provided (visual interpretation; Fig.  2).
×
×
Anzeige

Mean tumor volumes and mean tumor lengths of the three observers were calculated per patient for each modality (CT and PET/CT) and compared in non-parametric paired analysis using the Wilcoxon test. To assess geometrical differences, Sørensen–Dice coefficients (Fig.  3) were computed for all three pair of observers and for each modality. Mean dice coefficients of the three observer pairs were calculated for each patient and each modality and compared by the Wilcoxon test.
×

Semiautomated GTV delineation based on the given [F18] FDG-PET was performed using a dedicated software package (Hybrid Viewer, Hermes Medical Solutions, Stockholm, Sweden). Semiautomated GTVs were defined for a set of standardized uptake values (SUV) derived from the maximal SUV (SUV max): SUV30, SUV35, and SUV40 defined as 30, 35, and 40% of SUV max. PERCIST-TLG threshold was determined in analogy to the PERCIST criteria based on normal [F18] FDG background activity in a standardized 15 ml VOI in the right hepatic lobe as described by Niyazi et al. [ 10]. Schaefer’s threshold was calculated by using the formula TS =  axSUV70 +  bxBG as described by Schaefer et al. ([ 22]; Fig.  4).
×

Statistical analysis was performed using the Statistical Package for Social Sciences (SPSS, version 26, SPSS Inc, Chicago, IL, USA). For descriptive analysis of patient characteristics and volumes, mean values and ranges were used. GTVs and tumor lengths were compared using the Wilcoxon test after testing for normality by the Kolgomorov–Smirnov test failed for the majority of parameters.

A total of 45 [F18] FDG-PET/CT datasets of 45 patients were analyzed. Of these, 39 patients had SCC and 5 had histologically proven adenocarcinoma of the esophagus. Tumors were localized in the cervical (7 patients), upper thoracic (16 patients), middle thoracic (13 patients), and lower thoracic (9 patients) part of the esophagus. Of all patients, 16 had no evidence of lymph node involvement while 29 patients had positive lymph nodes on [F18] FDG-PET/CT. Detailed Patient characteristics are listed in Table  1.
Table 1
Patient characteristics
SCC squamous cell carcinoma, GEJ gastroesophageal junction, RT radiation therapy, SUV standardized uptake value

In summary, we were not able to show that the integration of PET/CT for GTV delineation of the primary tumor in esophageal cancer patients resulted in reduced interobserver variability in a large cohort of patients. Moreover, the evaluated semiautomatically delineated GTVs based on fixed SUV thresholds did not correlate well with the manually derived GTV volumes based either on CT or visually interpreted PET/CT. Nevertheless, we found that the most promising algorithms for further evaluation of semiautomatically delineated volumes probably seem to be background- and metabolically corrected algorithms like PERCIST-TLG, which showed the highest concordance with the manually derived GTVs of all evaluated methods. However, our findings should not be misinterpreted regarding the general value of PET/CT for staging and treatment planning in esophageal cancer patients based on the possible advantages for detection of lymph nodes, including definition of clinical target volumes or the detection of distant metastases. Further studies regarding primary GTV definition should account for general differences between human and semiautomated contouring with regard to inclusion of the whole circumference of tumor-bearing slices of the esophageal structure.

The study was approved by the Ethics committee of the University of Munich (LMU), reference number 634–16.
Open Access This article is licensed under a Creative Commons Attribution 4.0 International License, which permits use, sharing, adaptation, distribution and reproduction in any medium or format, as long as you give appropriate credit to the original author(s) and the source, provide a link to the Creative Commons licence, and indicate if changes were made. The images or other third party material in this article are included in the article’s Creative Commons licence, unless indicated otherwise in a credit line to the material. If material is not included in the article’s Creative Commons licence and your intended use is not permitted by statutory regulation or exceeds the permitted use, you will need to obtain permission directly from the copyright holder. To view a copy of this licence, visit http://​creativecommons.​org/​licenses/​by/​4.​0/​. 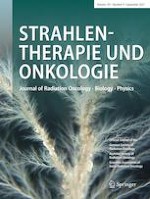