In cortical bone, solid (lamellar and interstitial) matrix occupies space left over by porous microfeatures such as Haversian canals, lacunae, and canaliculi-containing clusters. In this work, pulse-coupled neural networks (PCNN) were used to automatically distinguish the microfeatures present in histology slides of cortical bone. The networks’ parameters were optimized using particle swarm optimization (PSO). When forming the fitness functions for the PSO, we considered the microfeatures’ geometric attributes—namely, their size (based on measures of elliptical perimeter or area), shape (based on measures of compactness or the ratio of minor axis length to major axis length), and a two-way combination of these two geometric attributes. This hybrid PCNN–PSO method was further enhanced for pulse evaluation by combination with yet another method, adaptive threshold (AT), where the PCNN algorithm is repeated until the best threshold is found corresponding to the maximum variance between two segmented regions. Together, this framework of using PCNN–PSO–AT constitutes, we believe, a novel framework in biomedical imaging. Using this framework and extracting microfeatures from only one training image, we successfully extracted microfeatures from other test images. The high fidelity of all resultant segments was established using quantitative metrics such as precision, specificity, and Dice indices. 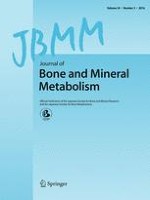