The online version of this article (https://​doi.​org/​10.​1007/​s10096-017-3161-y) contains supplementary material, which is available to authorized users.
Bushra Jamil, Darius Gawlik and Muhammad Ali Syed contributed equally to this work.

The prevalence of methicillin-resistant Staphylococcus aureus (MRSA) in Pakistan is known to be high, but very few studies have described the molecular epidemiology of the different MRSA clones circulating in the country. Forty-four MRSA isolates were collected from two tertiary care hospitals of the Rawalpindi district of Pakistan. All strains were identified by a conventional phenotypic method and then subjected to genotyping by microarray hybridisation. Six clonal complexes (CCs) and 19 strains were identified. The most commonly identified strains were: (i) Panton–Valentine leucocidin (PVL)-positive CC772-MRSA-V, “Bengal Bay Clone” (ten isolates; 22.3%), (ii) ST239-MRSA [III + ccrC] (five isolates) and (iii) a CC8-MRSA-IV strain, as well as CC6-MRSA-IV (both with four isolates; 9.1% each). Several of the strains detected indicated epidemiological links to the Middle Eastern/Arabian Gulf region. Further studies are needed to type MRSA from countries with less known epidemiology and to monitor the distribution and spread of strains, as well as possible links to global travel, migration and commerce. 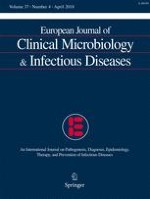