Laparoscopic approach to liver resection is feasible and safe, though its utilization with intrahepatic cholangiocarcinoma (ICC) remains poorly documented. We sought to evaluate the use laparoscopy for ICC, and to examine adherence to oncologic standards.

The National Cancer Database was queried for patients who underwent resection for ICC. Patients were stratified by laparoscopic (LLR) versus open liver resection (OLR). Clinicopathologic parameters and hospital volumes were recorded.

The use of laparoscopy for ICC is associated with an exacerbation of inadequate nodal evaluation compared with open resections. 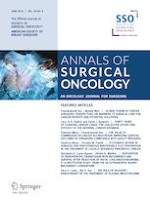