Newborn hearing screening has to be considered the first step of a program for the identification, diagnosis, treatment and habilitation/rehabilitation of children with hearing impairment.

In Tuscany Region of Italy, the universal newborn hearing screening is mandatory since november 2007. The first guidelines for the execution of the screening have been released in June 2008; then many other Italian regions partially or totally adopted these guidelines. On the basis of the experience from 2008 and according to the recent evidences in the scientific literature, a new screening protocol was released in Tuscany region. The new protocol is an evolution of the previous one. Some issues reported in the previous protocol and in the Joint Committee on Infant Hearing statement published in 2007 were revised, such as the risk factors for auditory neuropathy and for late onset, progressive or acquired hearing loss. The new updated guidelines were submitted to the Sanitary Regional Council and then they have been approved in August 2016. The updated screening protocol is mainly aimed to identify newborns with a congenital moderate-to-profound hearing loss, but it also provides indications for the audiological follow-up of children with risk’s factor for progressive or late onset hearing loss; further it provides indications for the audiological surveillance of children at risk for acquired hearing impairment. Then, in the new guidelines the role of the family paediatrician in the newborn hearing screening and audiological follow-up and surveillance is underscored. Finally the new guidelines provide indications for the treatment with hearing aids and cochlear implant, in accordance with the recent Italian Health Technology Assessment (HTA) guidelines. 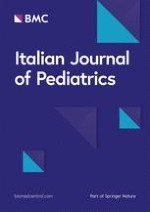 Rubella sero-prevalence among children in Kilimanjaro region: a community based study prior to the introduction of rubella vaccine in Tanzania