Emerging research has begun to examine associations between relationship functioning and sleep. However, these studies have largely relied on self-reported evaluations of relationships and/or of sleep, which may be vulnerable to bias.

The sample included 35 military veterans and their spouses/partners. Marital functioning was coded from a videotaped conflict interaction. Analyses focused on behavioral codes of hostility and relationship-enhancing attributions. Sleep was assessed via self-report and in-home polysomnography.

Both partners’ positive and negative behaviors during conflict interactions were related to sleep quality. These findings highlight the role that effective communication and conflict resolution skills may play in shaping not only the marital health of veterans and their spouses but also the physical health of both partners as well. Understanding the links between relationship functioning and sleep may be important targets of intervention in the aftermath of war. 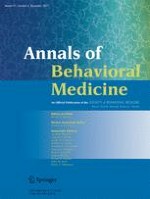