Lesch-Nyhan syndrome (LNS) is an X-linked recessive disorder caused by mutations in the HPRT1 gene. The clinical features and mutation spectrum of 26 Korean LNS patients from 23 unrelated families were retrospectively reviewed. The HPRT1 gene was analyzed by direct sequencing of genomic DNA. The median age at diagnosis was 2.3 years (range, 4 months–22.6 years) and the initial presenting features included developmental delay, orange colored urine, and self-injurious behaviors. Most patients were wheelchair-bound and suffered from urinary complications and neurologic problems such as self-mutilation and developmental delay. Twenty different mutations in HPRT1 were identified among 23 independent pedigrees, including six novel mutations. The most common mutation type was truncating mutations including nonsense and frameshift mutations (45%). Large deletions in the HPRT1 gene were identified in exon 1, exons 5–6, exons 1–9, and at chr X:134,459,540–134,467,241 (7702 bp) including the 5′-untranslated region, exon 1, and a portion of intron 1. In conclusion, this study describes the phenotypic spectrum of LNS and has identified 20 mutations from 23 Korean families, including six novel mutations in Korean patients with LNS. 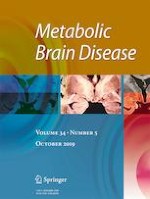