Connectivity between brain regions is integral to efficient complex cognitive processing, making the study of white matter pathways in clarifying the neural mechanisms of individual differences in arithmetic abilities critical. This white matter connectivity underlying arithmetic has only been investigated through classic diffusion tensor imaging, which, due to methodological limitations, might lead to an oversimplification of the underlying anatomy. More complex non-tensor models, such as spherical deconvolution, however, allow a much more fine-grained delineation of the underlying brain anatomy. Against this background, the current study is the first to use spherical deconvolution to investigate white matter tracts and their relation to individual differences in arithmetic fluency in typically developing children. Participants were 48 typically developing 9–10-year-olds, who were all in grade 4, and who underwent structural diffusion-weighted magnetic resonance imaging scanning. Theoretically relevant white matter tracts were manually delineated with a region of interest approach, after which the hindrance modulated orientational anisotropy (HMOA) index, which provides information on the structural integrity of the tract at hand, was derived for each tract. These HMOA indices were correlated with measures of arithmetic fluency, using frequentist and Bayesian approaches. Our results point towards an association between the HMOA of the right inferior longitudinal fasciculus and individual differences in arithmetic fluency. This might reflect the efficiency with which children process Arabic numerals. Other previously found associations between white matter and individual differences in arithmetic fluency were not observed. 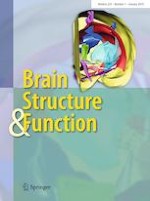