The anti-arrhythmic efficacy of the late sodium channel current (late INa) inhibition has been convincingly demonstrated in the ventricles, particularly under conditions of prolonged ventricular repolarization. The value of late INa block in the setting of atrial fibrillation (AF) remains poorly investigated. All sodium channel blockers inhibit both peak and late INa and are generally more potent in inhibiting late vs. early INa. Selective late INa block does not prolong the effective refractory period (ERP), a feature common to practically all anti-AF agents. Although the late INa blocker ranolazine has been shown to be effective in suppression of AF, it is noteworthy that at concentrations at which it blocks late INa in the ventricles, it also potently blocks peak INa in the atria, thus causing rate-dependent prolongation of ERP due to development of post-repolarization refractoriness. Late INa inhibition in atria is thought to suppress intracellular calcium (Cai)-mediated triggered activity, secondary to a reduction in intracellular sodium (Nai). However, agents that block late INa (ranolazine, amiodarone, vernakalant, etc) are also potent atrial-selective peak INa blockers, so that the reduction of Nai loading in atrial cells by these agents can be in large part due to the block of peak INa. The impact of late INa inhibition is reduced by the abbreviation of the action potential that occurs in AF patients secondary to electrical remodeling. It stands to reason that selective late INa block may contribute more to inhibition of Cai-mediated triggered activity responsible for initiation of AF in clinical pathologies associated with a prolonged atrial APD (such as long QT syndrome). Additional studies are clearly needed to test this hypothesis. 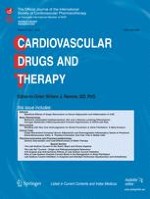