Aim of this study was to analyze the efficacy and precision of the completely customized lingual appliance (CCLA) regarding the single tooth torque correction. The study also examined external apical root resorptions as possible side effects of torque correction and the changings of the periodontal situation.

A case series of three patients were included. The patients showed a single tooth torque problem with a gingival recession and were treated with the CCLA. Plaster casts before and after treatment and plaster casts of the set up were scanned and superimposed. Deviations between the two plaster casts were analyzed at different points of interest. Changes of the gingival recession were compared before and after treatment. Relative root resorptions were measured by the orthopantomograms. Treatment times were assessed by the records of the patients. Results were presented descriptively.

The mean change of the most apical part of the root reached by the orthodontic treatment was 1.8 ± 0.3 mm. The largest deviation between set up and final model was measured on the occlusal surface of the tooth 36 with 0.8 mm. Most measurement points showed a deviation of 0.5 mm or less. The depths of the gingival recession showed a significant reduction of 4.7 mm. The widths of the gingival recession were reduced by 1.1 mm. The average relative root resorption of the corrected teeth was 2.7 ± 1.5%. The average treatment time was 13.8 ± 4.5 months. 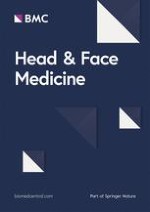 The influence of immediately loaded implant treatment in the atrophic edentulous maxilla on oral health related quality of life of edentulous patients: 3-year results of a prospective study

Evaluating the biomechanical effects of implant diameter in case of facial trauma to an edentulous atrophic mandible: a 3D finite element analysis