As simulator fidelity (i.e., realism) increases from low to high, the simulator more closely resembles the real environment, but it also becomes more expensive. It is generally assumed that the use of high-fidelity simulators results in better learning; however, the effect of fidelity on learning non-technical skills (NTS) is unknown. This was a non-inferiority trial comparing the efficacy of high- vs low-fidelity simulators on learning NTS.

Thirty-six postgraduate medical trainees were recruited for the trial. During the pre-test phase, the trainees were randomly assigned to manage a scenario using either a high-fidelity simulator (HFS) or a low-fidelity simulator (LFS), followed by expert debriefing. All trainees then underwent a video recorded post-test scenario on a HFS, and the NTS were assessed between the two groups. The primary outcome was the overall post-test Ottawa Global Rating Scale (OGRS), while controlling for overall pre-test OGRS scores. Non-inferiority between the LFS and HFS was based on a non-inferiority margin of greater than 1. 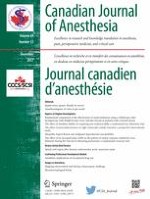 Clinical supervision: what does it mean to be better?