Clear cell sarcoma (CCS) is a rare soft tissue tumor thought to originate from tendons and aponeuroses. This is the largest and most comprehensive study of CCS to the best of our knowledge. In addition, this is the first study to determine the estimated 10-year overall survival, specific treatment modalities including neoadjuvant and adjuvant combinations, and sites of distant metastasis in CCS utilizing a national database.

The National Cancer Database (NCDB) was used to study 489 patients diagnosed with CCS from 2004 to 2014. Kaplan–Meier methods were used to estimate 5- and 10-year overall survival, and log-rank tests were used to compare survival amongst stage.

Median age at diagnosis was 39 years. Males and females were equally affected. Race distribution was 78% Caucasian and 15% Black. Most common primary site was lower limb or hip (53%). Percentage of patients with distant organ metastases was 15%, with lung being the most common site (4%). Median overall survival was 57.2 months. Overall estimated 5- and 10-year survival was approximately 50 and 38%, respectively. Approximate 5-year survival for Stages I–IV was 75, 65, 35, and 15%, respectively. Stages at disease presentation were 34% at Stage I, 13% at Stage II, 16% at Stage III, and 38% at Stage IV. Surgery was the most common form of treatment (83%); 34% received radiation and 20% received chemotherapy.

The 5-year overall survival for CCS in Stages III and IV was much worse than Stages I and II. Overall estimated 5- and 10-year survival was approximately 50 and 38%, respectively. Men and women were equally affected and had a median age at diagnosis of 39 years. The most common tumor location was lower limb and hip and the most common site of metastases was the lung. 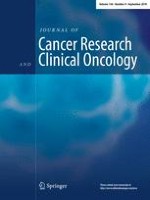 The prognostic value of multiorgan metastases in patients with non-small cell lung cancer and its variants: a SEER-based study

Rechallenge with oxaliplatin and peripheral neuropathy in colorectal cancer patients