The past decade has witnessed a proliferation of studies aimed at characterizing the human connectome. These projects map the brain regions comprising large-scale systems underlying cognition using non-invasive neuroimaging approaches and advanced analytic techniques adopted from network science. While the idea that the human brain is composed of multiple macro-scale functional networks has been gaining traction in cognitive neuroscience, the field has yet to reach consensus on several key issues regarding terminology. What constitutes a functional brain network? Are there “core” functional networks, and if so, what are their spatial topographies? What naming conventions, if universally adopted, will provide the most utility and facilitate communication amongst researchers? Can a taxonomy of functional brain networks be delineated? Here we survey the current landscape to identify six common macro-scale brain network naming schemes and conventions utilized in the literature, highlighting inconsistencies and points of confusion where appropriate. As a minimum recommendation upon which to build, we propose that a scheme incorporating anatomical terminology should provide the foundation for a taxonomy of functional brain networks. A logical starting point in this endeavor might delineate systems that we refer to here as “occipital”, “pericentral”, “dorsal frontoparietal”, “lateral frontoparietal”, “midcingulo-insular”, and “medial frontoparietal” networks. We posit that as the field of network neuroscience matures, it will become increasingly imperative to arrive at a taxonomy such as that proposed here, that can be consistently referenced across research groups. 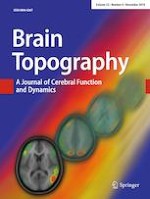 The Emotional Facet of Subjective and Neural Indices of Similarity