Transcranial Doppler could help to differentiate the types of dementia? A pilot study when CSF biomarkers are not available | springermedizin.de Skip to main content
TOOLBAR 1 2 3 4
SUCHE MENÜ 1 2 3 4

Our objective was to find a mean flow velocity (MFV) cut-off point to differentiate between normal and cognitive impaired patients using Clinical Dementia Rating (CDR) as a comparison method. To evaluate MFV (in cm/s) and pulsatility index (PI) from the left middle cerebral artery (MCA) and basilar artery using transcranial Doppler in a pilot study from an outpatient cognition unit and compare with cognitively normal older adults (at the age of sixty or older) from the Geriatric Ambulatory of Fluminense Federal University. We hypothesized that there is a MFV and PI cut-off point to potentially distinguish between normal and impaired cognition. Sixty-one patients with cognitive decline, including 18 with amnestic mild cognitive impairment (aMCI), 31 with probable Alzheimer disease (AD), 12 with vascular dementia (VD), and 10 cognitively normal older adults were included in the study. Patients with dementia (both AD and VD, p < 0.01) and aMCI (p < 0.05) had lower MFV than the control group in the MCA (32.2 cm/s, 31.9 cm/s, and 36.6 cm/s, respectively) and dementia patients had higher PI compared to control (AD and VD, both p < 0.05). Basilar MFV showed to be no difference between the patients and the control group. A cut off value of 39.1 cm/s was found in a ROC curve (area under de curve value 0.85, 95% CI 0.75–0.95) for mean MCA MFV to be predictive of cognitive impairment (CDR ≥ 0.5). In this study, the values of MCA MFV below 39.1 cm/s were predictive of cognitive impairment according to CDR. TCD is an inexpensive method that could be used in a clinical scenario to help differentiate normal cognition from cognitive decline. Multicentric and longitudinal studies should be done to validate that. 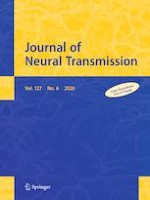