The most common cause of death of patients with idiopathic pulmonary fibrosis (IPF) has been reported to be the lung disease itself and mortality from IPF appears to be increasing. However, the causes of death in patients with IPF taking into account differences between genders and smoking histories as well as disease progression, have not been previously explored.

Retrospective data from hospital register and death certificates from national database of IPF patients treated in Kuopio University Hospital (KUH) from 2002 to 2012 were collected. Mortality was also explored from the death registry database via ICD-10 code J84 revealing the numbers of deaths from pulmonary fibrosis in Finland from 1998 to 2015. 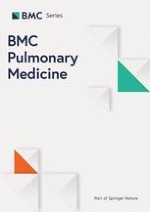 Albuminuria in patients with chronic obstructive pulmonary disease: a cross-sectional study in an African patient cohort