Diffuse large B cell lymphoma (DLBCL) is one of the most common malignancies worldwide. To date, there has been little progress in improving the overall survival of DLBCL patients. Emerging evidences have implicated that long noncoding RNAs (lncRNAs) have important regulatory roles in fundamental biological processes, and some of them are involved in cancer initiation, development and progression. This study was to investigate the expression of lncRNA PEG10 in a cohort of DLBCL patients to assess its clinical value and biological function in DLBCL. We first found that the expression of PEG10 was upregulated in DLBCL tumorous tissues and that cell lines compared with the normal. Moreover, we illustrated that PEG10 was significantly correlated with B symptoms, IPI score, CHOP-like treatment and rituximab. In addition, ROCAUC of PEG10 was up to 0.8228, implicating that PEG10 could be a diagnostic marker for distinguishing DLBCL from normal. Importantly, we verified that PEG10 was a key independent predictive factor for DLBCL prognosis from sizable samples through the longtime follow-ups. Furthermore, we revealed that knockdown of PEG10 expression by siRNA could lead to growth arrest and cell apoptosis in vitro. Our results suggested that PEG10 could represent a novel indicator of poor prognosis and might be served as a potential target for the diagnosis and gene therapy of DLBCL. 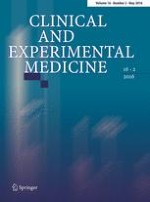