To assess the relative efficacy and safety of low-dose cyclophosphamide (LCYC) and high-dose CYC (HCYC) as induction therapy for lupus nephritis.

LCYC was an efficacious induction treatment for patients with lupus nephritis and had the highest probability of decreasing the risk of serious infections. Higher response rates and a more favorable safety profile suggest that LCYC is a good option for induction treatment in these patients.
Anzeige 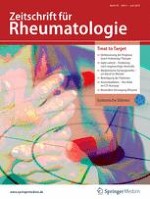