Recently, a bioactive glass ceramic (BGC) has been developed for use as intervertebral cages for anterior cervical discectomy and fusion (ACDF). However, the effectiveness and safety of BGC cages remain to be evaluated. We completed a retrospective comparison of the radiological and clinical outcomes of 36 patients (52 levels) who underwent ACDF with a BGC cage and 35 patients (54 levels) using allograft bone. The following variables were compared between the two groups: the visual analog (VAS) neck and arm pain score and the neck disability index (NDI), measured before surgery and 1 year after; the change in Cobb’s angle, between the C2 and C7 vertebrae, the global sagittal angle, and disc height compared from before surgery to 1 year after; and the rate of spinal fusion and cage subsidence at 1 and 2 years after surgery. The VAS and NDI scores were not different between the two groups. Similarly, the spinal fusion rate was not different between the BGC and allograft bone group at 1 year (73% and 87%, respectively; p = 0.07) and 2 years (94% and 91%, respectively; p = 0.54) after surgery. However, the rate of cage subsidence was higher in the allograft bone (43%) than the BGC (19%) group (p = 0.03), as was the rate of instrument-related failure (p = 0.028), with a specifically higher incidence of implant fracture or failure in the allograft bone group (p = 0.025). Overall, our findings indicate that BGC cages provide a feasible and safe alternative to allograft bone for ACDF. 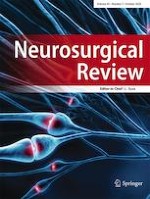 A good choice for the patients with prior failed ventriculoperitoneal shunt treatment of suprasellar arachnoid cysts: endoscopic fenestration