To investigate the real-life epidemiology of mental disorders during pregnancy and their impact on birth outcome in an unselected low-risk population in Germany. 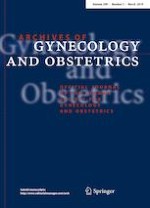 What defines a good website of a Department of Obstetrics and Gynecology? A user survey