Amyotrophic lateral sclerosis (ALS) is a neurodegenerative disorder that leads to the eventual death of motor neurons. Described cases of familial ALS have emphasized the significance of protein misfolding and aggregation of two functionally related proteins, FUS (fused in sarcoma) and TDP-43, implicated in RNA metabolism. Herein, we performed a comprehensive analysis of the in vivo model of FUS-mediated proteinopathy (ΔFUS(1-359) mice). First, we used the Noldus CatWalk system and confocal microscopy to determine the time of onset of the first clinical symptoms and the appearance of FUS-positive inclusions in the cytoplasm of neuronal cells. Second, we applied RNA-seq to evaluate changes in the gene expression profile encompassing the pre-symptomatic and the symptomatic stages of disease progression in motor neurons and the surrounding microglia of the spinal cord. The resulting data show that FUS-mediated proteinopathy is virtually asymptomatic in terms of both the clinical symptoms and the molecular aspects of neurodegeneration until it reaches the terminal stage of disease progression (120 days from birth). After this time, the pathological process develops very rapidly, resulting in the formation of massive FUS-positive inclusions accompanied by a transcriptional “burst” in the spinal cord cells. Specifically, it manifests in activation of a pro-inflammatory phenotype of microglial cells and malfunction of acetylcholine synapse transmission in motor neurons. Overall, we assume that the highly reproducible course of the pathological process, as well as the described accompanying features, makes ΔFUS(1-359) mice a convenient model for testing potential therapeutics against proteinopathy-induced decay of motor neurons. 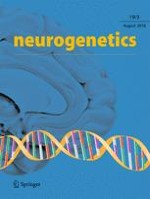