Despite the longer inter-hospital distance at our hospital, TIT and transplant outcomes were acceptable in our cases. In addition, geographical inequity in graft allocation in Japan was suggested. 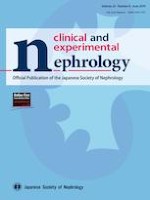 Efficacy and safety of evocalcet in Japanese peritoneal dialysis patients