Introduction The current standard of treatment for non-palpable breast cancers is wire-guided localization (WGL). WGL has its drawbacks and alternatives such as radio-guided surgery (RGL) and intra-operative ultrasound (IOUS) have been developed. The clinical effectiveness of all forms of RGL has been assessed against WGL in previous systematic reviews and meta-analyses. We performed the first systematic review and meta-analysis of IOUS in the management of non-palpable breast cancers. Methods Studies were considered eligible for inclusion in this systematic review if they (1) assessed the role of surgeon-performed IOUS for the treatment of non-palpable breast cancers and ductal carcinoma in situ (DCIS) and (2) specified surgical margin excision status. Those studies, which were randomized controlled trials (RCTs) or cohort studies with comparison WGL groups were included in the meta-analysis. For those studies included in the meta-analysis, pooled odds ratios (ORs) and 95 % confidence intervals (CIs) were estimated using fixed-effects analyses and random-effects analyses in case of statistically significant heterogeneity (p < 0.05). Results Eighteen studies reported data on IOUS in 1,328 patients with non-palpable breast cancer and DCIS. Nine cohort studies with control WGL groups and one RCT were included in the meta-analysis. Successful localization rates varied between 95 and 100 % in all studies and there was a statistically significant difference in the rates of involved surgical margins in favour of IOUS with pooled OR 0.52 (95 % CI 0.38–0.71). Conclusion Compared with WGL, IOUS reduces involved surgical margin rates. Adequately powered RCTs are required to validate these findings. 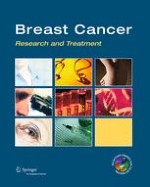