The contribution of non-dopaminergic degeneration to disability in Parkinson’s disease (PD) is still debated. It has been argued that no additional advance can be expected in the management of PD by the development of new dopaminergic agents and suggested that future research should mainly focus on therapies targeting the non-dopaminergic systems involved in the pathogenesis of levodopa resistant motor and non-motor symptoms. We believe this is only partially true and the achievement of a stable dopaminergic restoration and modulation of the dopaminergic system is still an important, unmet need of current pharmacological therapies in PD. Currently available oral levodopa and dopamine agonist medications provide insufficient benefit, as the therapeutic window progressively narrows and motor fluctuations eventually develop in most patients. Conversely, the application of infusion and surgical therapies is limited by selective indications and possible irreversible adverse events and device-related problems. Research of new, safer and less invasive strategies, able to modulate the dopaminergic circuits, would certainly improve the management of motor complications, and most importantly such treatments would be also beneficial to axial and non-motor symptoms, which are universally regarded as the major cause of PD functional disability. Indeed, gait and balance problems may improve with dopaminergic treatment in most patients and they become unresponsive only at the very late stages of the disease. Moreover, several non-motor disturbances, including cognition and depression are often linked to oscillation of dopamine concentrations, and are frequently relieved by treatments providing continuous dopaminergic delivery. Finally, drug trials testing non-dopaminergic treatments for motor and non-motor symptoms of PD provided so far disappointing results. Despite the impressive advances of PD therapeutic strategy, we think there is still need for safe, non-invasive and easily manageable dopaminergic treatments able to provide constant dopamine receptor stimulation and ensure a more stable control of dopamine responsive motor and non-motor symptoms at any stage of the disease. 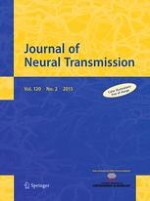 Controversies in neurology, Vienna, 2012: Steroids in bacterial meningitis: no

Is there room for non-dopaminergic treatment in Parkinson disease?