Laparoscopic sleeve gastrectomy (LSG) is the most commonly performed metabolic surgery worldwide. There are few mid- to long-term studies for LSG, especially from the Indian subcontinent.

The study was a single-center, retrospective analysis from patients who underwent primary as well as revisional LSG between January 2012 and December 2013 from a tertiary care center in India. We included patients who completed a minimum follow-up of 5 years. Details of the patients were collected from outpatient and inpatient case sheet records, during their follow-up.

Weight loss after LSG was maintained in the majority of the patients, while a small proportion has significant weight regain at 5 years. T2DM resolution and other comorbidity resolutions were well supported after LSG. 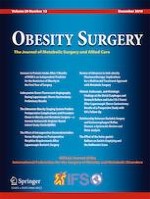 Cost-Utility of Laparoscopic Roux-en-Y Gastric Bypass in Chinese Patients with Type 2 Diabetes and Obesity with a BMI ≥ 27.5 kg/m2: a Multi-Center Study with a 4-Year Follow-Up of Surgical Cohort

Review of Advances in Anti-obesity Pharmacotherapy: Implications for a Multimodal Treatment Approach with Metabolic Surgery