A total of 744 N1b PTC patients who underwent thyroidectomy with unilateral therapeutic MND between 1987 and 2004 were enrolled in the study. The patient ages ranged from 12 to 88 years (average 50.2 years). The average postoperative follow-up period was 113 months.

Extremely careful therapeutic MND is required for N1b patients with age >55 years or node metastasis >3 cm because of the likelihood of recurrence in previously dissected compartments. Bilateral MND (therapeutic for ipsilateral side and prophylactic for contralateral side) may be a therapy option for N1b PTC >4 cm and having extrathyroid extension. 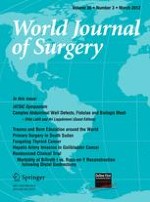