The European Union member states received about 385,000 asylum applications from children and adolescents below 18 years in 2015, and 398,000 in 2016. The latest political crises and war have led to an upsurge in refugee movements into European countries, giving rise to a re-evaluation of the epidemiology of psychiatric disorders and mental health problems among young refugees and asylum seekers. We systematically searched five electronic databases and reference lists of pertinent review articles. We then screened the results of forward citation tracking of key articles for relevant studies in the field for the period from January 1990 to October 2017. We dually reviewed citations and assessed risk of bias. We reported the results narratively, as meta-analyses were impeded due to high heterogeneity. We included 47 studies covered in 53 articles. Overall, the point prevalence of the investigated psychiatric disorders and mental health problems varied widely among studies (presenting interquartile ranges): for posttraumatic stress disorder between 19.0 and 52.7%, for depression between 10.3 and 32.8%, for anxiety disorders between 8.7 and 31.6%, and for emotional and behavioural problems between 19.8 and 35.0%. The highly heterogeneous evidence base could be improved by international, methodologically comparable studies with sufficiently large sample sizes drawn randomly among specific refugee populations. The prevalence estimates suggest, nevertheless, that specialized mental health care services for the most vulnerable refugee and asylum-seeking populations are needed. 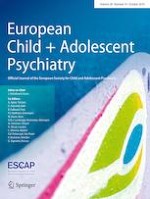 Association of ADHD medications with the risk of cardiovascular diseases: a meta-analysis