Repeat hepatectomy (RH) is considered a valuable option for management of recurrent colorectal liver metastases (R-CLM). Here, the outcome of RH for R-CLM was compared to that of patients who underwent single hepatectomy (SH) after subdividing the later according to re-recurrence status.

Between 2001 and 2013, patients who received hepatectomy for CLM and R-CLM were included in study. Patients with non-resectable R-CLM were excluded.

One hundred sixteen patients were included: 86 patients in SH group and 30 patients in RH group. Repeat hepatectomy group had more synchronous CLM (76.7 versus 50 %, p = 0.011). From the 86 patients who underwent SH, 69 patients did not have R-CLM. Survival analysis was done from the time of first hepatectomy for the no R-CLM group and the time of RH for the RH group. The 3- and 5-year survival rates for the no R-CLM group were 66.4 and 48.8%, respectively, and for the RH group were 56 and 44.8% respectively (p = 0.841). Multivariate analysis showed that larger size of R-CLM is an independent risk factor for survival after RH.

Repeat hepatectomy for R-CLM shows a comparable OS to non-recurrent CLM after single hepatectomy, despite the RH group had higher incidence of synchronous CLM. 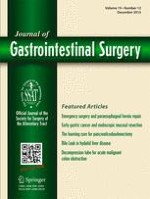