The online version of this article (https://​doi.​org/​10.​1007/​s10741-017-9661-0) contains supplementary material, which is available to authorized users.
Key Points for Decision Makers
• The wide variation in cost estimates across different cost of illness studies of heart failure needs careful analysis and interpretation.

The aim of this study is to perform a systematic review of the costing methodological approaches adopted by published cost-of-illness (COI) studies. A systematic review was performed to identify cost-of-illness studies of heart failure published between January 2003 and September 2015 via computerized databases such as Pubmed, Wiley Online, Science Direct, Web of Science, and Cumulative Index to Nursing and Allied Health Literature (CINAHL). Costs reported in the original studies were converted to 2014 international dollars (Int$). Thirty five out of 4972 studies met the inclusion criteria. Nineteen out of the 35 studies reported the costs as annual cost per patient, ranging from Int$ 908.00 to Int$ 84,434.00, while nine studies reported costs as per hospitalization, ranging from Int$ 3780.00 to Int$ 34,233.00. Cost of heart failure increased as condition of heart failure worsened from New York Heart Association (NYHA) class I to NYHA class IV. Hospitalization cost was found to be the main cost driver to the total health care cost. The annual cost of heart failure ranges from Int$ 908 to Int$ 40,971 per patient. The reported cost estimates were inconsistent across the COI studies, mainly due to the variation in term of methodological approaches such as disease definition, epidemiological approach of study, study perspective, cost disaggregation, estimation of resource utilization, valuation of unit cost components, and data sources used. Such variation will affect the reliability, consistency, validity, and relevance of the cost estimates across studies. 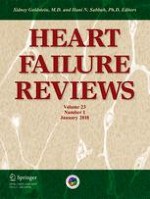 Protective molecular mechanisms of clusterin against apoptosis in cardiomyocytes