The purpose of this study was to determine which morphokinetic variables are related to embryo gender in a cohort of consecutive live births obtained through single blastocyst transfer following mild ovarian stimulation.

Eighty-one live births (49 % of them females) from successfully treated, consecutive infertile patients (maternal age 36.9 ± 3.8 years, range 28–46) who underwent minimal ovarian stimulation, prolonged embryo culture in a time-lapse monitoring (TLM) incubator and elective single blastocyst transfers during 2012–2014. Early (PNf, t2–t9, cc2a, b, s2, s3) and late (tM, tSB, tfullB, texpB1, and texpB2) morphokinetic variables were scored according to published consensus criteria and were normalized to the time of pronuclear fading. For each variable, the ranges with the highest proportion of female embryos (optimal range) were determined by detailed examination of histograms.

Female embryo gender was associated both with late cleavage (t8), morula (tM), and blastocyst stage morphokinetic variables. The strongest associations (adjusted ORs, 7.0–7.8) were found for late, expanded stage blastocyst parameters; tfullB, texpB1, and texpB2. The proportion of female embryos was 69–71 and 25–26 % inside and outside of the optimal ranges, respectively. This allowed to predict 74–78 % of them, increasing their proportion by 57 % compared to the average.

Although the sample size of our cohort was limited, our findings suggest that several expanded blastocyst stage morphokinetic parameters are associated with female embryo gender. If confirmed on a larger sample these could be potentially used to increase the proportion of female embryos among non-invasively selected blastocysts following single embryo transfer. 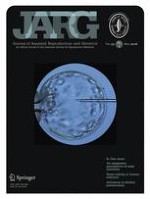 What we wish we knew about every embryo chosen for transfer