β-Glucan has been reported to activate dendritic cells (DCs), and activated DCs, subsequently, promote Th1 and cytotoxic T-lymphocyte priming and differentiation in vitro. However, the mechanism that regulates the immune response of β-glucan-induced DCs has not been thoroughly elucidated to date. Recent studies have drawn attention to a strong relationship between pathogen-associated molecular patterns (PAMP) recognition and autophagy for the activation of DC function. In this study, we observed that β-glucan induced the expression of a number of autophagy-related genes and the formation of autophagosomes in DCs. To further investigate whether β-glucan-induced DC activation and innate cytokine production are associated with autophagy, we utilized 3-MA to block autophagosome formation and accessed the maturation and function of DCs induced by β-glucan. We found that autophagy-deficient DCs showed downregulated expression of MHC-II and CD80, decreased TNF-α secretion, and reduced production of iNOS upon β-glucan stimulation. Further examination demonstrated that blockade of autophagy in β-glucan-induced DCs significantly attenuated IFN-γ production by co-cultured CD4 + T cells and inhibited the proliferation and differentiation of CD4 + T cells. Thus, these data indicate that autophagy in β-glucan-induced DCs is a crucial mechanism for the maturation of DCs, and it drives innate cytokine production, thereby facilitating adaptive immune responses. 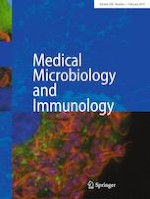