In the current cancer staging systems, the location of lymph node (LN) metastases is not considered, although LN status is defined according to the number of LN metastases.

This study aimed to investigate the clinical impact of the location of LN metastases in esophageal cancer and to evaluate the relevance of minimizing the extent of lymphadenectomy after neoadjuvant therapy.

In 561 patients with esophageal cancer who underwent neoadjuvant chemotherapy, the therapeutic value of each LN dissection was estimated by multiplying the incidence of metastasis by the 5-year survival rate of patients with positive nodes. In addition, we examined whether the value was affected by the response to neoadjuvant therapy.

Metastasis to the celiac LN and middle mediastinal LN regions was identified as an independent prognostic factor by multivariate analysis, together with the number of LN metastases; however metastasis to the cervical LN and upper mediastinal LN regions was not identified as an independent prognostic factor. The therapeutic value was high in recurrent nerve LNs, paraesophageal LNs, paracardial LNs, and left gastric LNs. The therapeutic value for each LN dissection did not change according to the response to neoadjuvant therapy, excluding the lower mediastinal LN and perigastric LN stations for which the value was relatively high in patients with a poor response.

The present study shows that the location and number of LN metastases have a prognostic impact in patients with esophageal cancer undergoing neoadjuvant chemotherapy. Limited lymphadenectomy according to the response to neoadjuvant therapy cannot be justified. 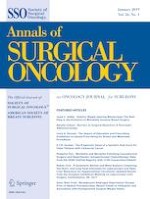